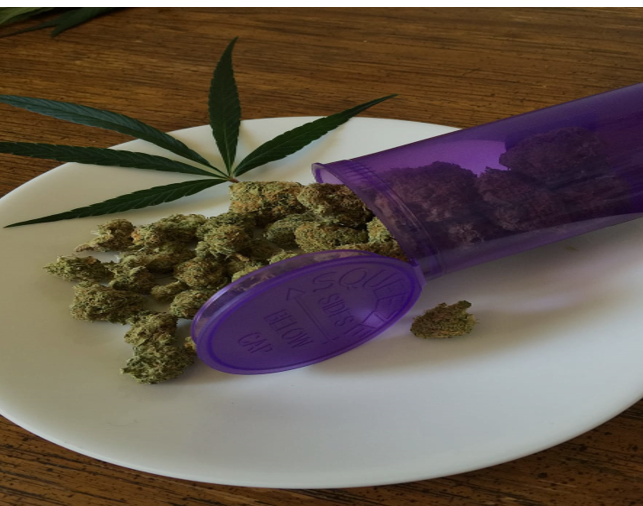 Slowing the progression – the evidence

Marijuana acts on the endocannabinoid system in our bodies. The cannabinoid receptors are found throughout the human body from the nervous system to the GI tract.  Cannabinoids found in marijuana have been shown to suppress cytokine production.  Cytokines are key components of inflammation.  The cannabinoids not only inhibit the proliferation of these inflammatory cells but also promote the induction of T-regulatory cells that play a crucial role in our immune system.  Cannabinoids have been shown to be neuroprotective antioxidants.  This means they can protect against free radicals that can damage cells in the brain and nervous system.  Studies have also found that cannabinoids are vasodilatory and can reduce blood pressure and may even be cardio protective.  Finally, cannabinoids also have nociceptive (pain relieving) properties.  Cannabinoid receptors are found in pain pathways of the brain, central nervous system, and peripheral nervous system.  So what does this all have to do with diabetes?

Diabetes is an inflammatory disease that causes damage to blood vessels leading to calcification of blood vessels and decreased blood flow to areas of the body.  When muscle does not have enough oxygen due to decreased blood flow, it is very painful as well the blood vessels can spasm making the pain worse.  The inflammatory effects of high blood sugars from diabetes also damages nerves leading to painful neuropathies often in the feet and hands.  These conditions can be debilitating and very difficult to treat.  The anti-inflammatory as well as the neuroprotective properties, in theory, can help slow the damage to blood vessels and nerves. Furthermore, the vasodilatory effects of cannabinoids can keep blood vessels open and improve blood circulation.

Marijuana use is often associated with the munchies and indeed marijuana users have been documented to intake more calories.  Despite this, studies have shown that marijuana users have lower BMI, lower risk of diabetes, and are less likely to be obese.  This is thought to be because marijuana users seem to have better carbohydrate metabolism.  According to a study at Harvard Medical School, marijuana users compared to non users were less resistant to insulin.  Resistance to insulin in the cause of type II diabetes.  There are also numerous anecdotal cases of marijuana users reporting lower blood sugar readings and improved A1C numbers.

The body of evidence supporting potential benefits of marijuana in people with diabetes is growing.  High blood sugars cause inflammatory changes that damage nerves, blood vessels, and even result in blindness from retinal degeneration.  The anti-inflammatory properties of marijuana may slow the progression of this often debilitating damage.  Furthermore, studies suggest that cannabis users are more likely to weigh less and have less resistance to insulin.  Because of this, marijuana as a treatment shows more promise for treating type II diabetics.  That said it is not time to turn in your  traditional pharmaceutical medication or insulin to treat diabetes.

However, marijuana in Pennsylvania is approved to treat other conditions related to diabetes. If you suffer from anxiety that may lead to binge or unhealthy eating that has contributed to your diabetes, you have neuropathy from your diabetes, glaucoma, or pain from claudication caused by peripheral artery disease, you can be certified for medical marijuana in PA.  And if you have one of these conditions and diabetes, you may kill two birds with one stone and help mitigate various aspects of diabetes too.  If you or someone you know may benefit from medical marijuana, schedule an appointment with a knowledgeable and caring doctor at Cannabis Care Consultants.