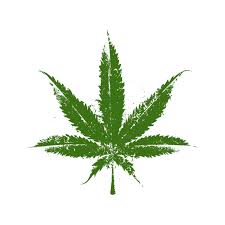 How Can Medical Marijuana Help? Medical marijuana is composed of natural compounds called cannabinoids that are located in areas of the nervous system that affect movement, coordination, responses to stress, and responses to inflammation and pain. As well, they are widely distributed throughout the gastrointestinal (GI) system. Because of these properties, marijuana is thought to help alleviate anxiety, reduce inflammation, relieve pain, control nausea, relax muscle spasm in multiple sclerosis, and stimulate appetite in patients with cancer and AIDS. Some studies even show that marijuana improved inflammatory bowel symptoms, including abdominal pain, nausea, and decreased appetite.

Cancer patients may benefit from medical marijuana to relieve pain and chemotherapy induced neuropathies as well as by quelling nausea/vomiting, increasing appetite and calming anxiety. Receptors activated by THC have been studied and proven effective in preventing vomiting following chemotherapy. Other studies have shown cancer patients taking THC experienced an increase in appetite and slowing of weight loss.

Evidence has shown that cannabinoid receptors may limit intestinal inflammation and decrease intestinal motility. CB1 and CB2 receptors are found in all layers of the intestinal wall and mediate inhibitory pathways by reducing vagal cholinergic tone. Studies of patients with IBD have reported that marijuana relieved IBD related symptoms such as abdominal pain, cramping, diarrhea and nausea, and improved appetite. The effects have been especially beneficial in those with a history of abdominal surgeries, chronic abdominal pain and/or a low quality of life. One study found 21 of 30 patients with IBD improved significantly after treatment with marijuana, reducing their Harvey Bradshaw index from 14(+/-6.7) to 7(+/-4.7).

Many studies find that cannabis, particularly CBD, alleviates generalized anxiety, social anxiety, performance anxiety, OCD, panic disorder and posttraumatic stress disorder (PTSD). One study found that highCBD/lowTHC cannabis use reduced depression, 50% and anxiety 58% in 888 Canadian patients. Another showed that cannabis reduced treatment-resistant nightmares in PTSD in 72% of study patients. Cannabis use in individuals with PTSD has been shown to reduce restlessness, irritability, and sleep difficulties as well as regulate emotions, reduce anxiety and improve overall functioning.